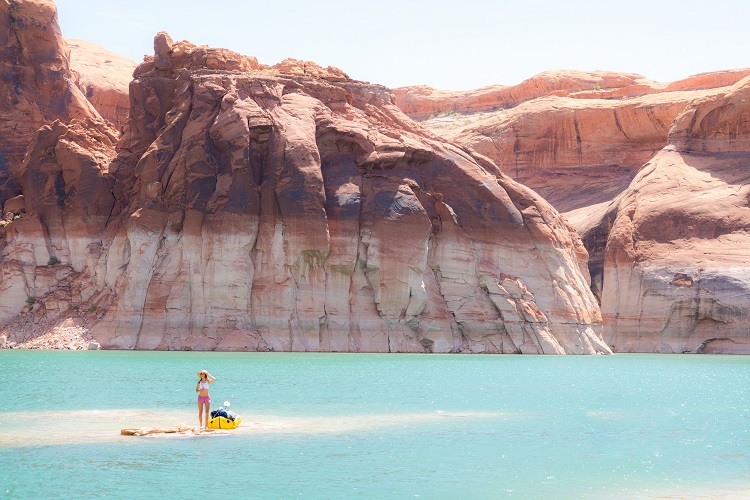 International sport tours vary from high level professional events to amateur but high profile occasions. End of season tours are extremely popular these days for team sports or individual player sports and the most sought after competitions happen in the summer months with club and sport friends meet up to compete or just have a great time on tour. One sport that gains a lot of attention for an out of season attraction is rugby. In Europe there are plenty of rugby festivals and tournaments that cater for all the rugbyists who wish to keep in trim or even compete on higher levels offering rugby in various team formats of 7s, 9s, 10s and beach rugby. A popular high level rugby tour for rugby fans is the Lions Tour which involves players from England, Scotland, Wales and Ireland forming the prestigious Lions team. Rugby 7s is now an official Olympic event and the Hong Kong 7s that has been going for 45 years and attracts the world’s best teams. Also the World Rugby 7s Tournament run by the RWC organisers hosts all major international teams.

In Europe there is no shortage of tournaments to participate in either as a pro-team or at club level. Rugby has spread to many unlikely countries and in Poland there are 3 major tournaments gaining a wider interest especially at club level. The Krakow Rugby Festival held annually every 3rd week in June is one of the fastest growing international tournaments with teams taking part from all 5 world continents to pass a weekend of exhibition rugby 10s for men and women with a heavy accent on rugby spirit as the empty beer and cider barrels confirm at the end of the weekend. Also a youth tournament is held in Krakow in September, the Krakow 7s U.19, boys and girls weekend of competitive rugby. In Poland’s capital city the Warsaw 10’s Rugby Tournament offers its weekend of rugby and fun and if you want to experience Beach Rugby then on the Polish Baltic coast is Sopot. The Sopot Beach Rugby Tournament is a must. These tournaments are great for competitive rugby and after match fun. In particular, the Krakow Rugby Festival provides a full service with airport and pitch transfers with food, beer and accommodation packages and a whole host of choice activities off field including a visit to the UNESCO World Heritage site of Auschwitz/Birkenau. Other notable tournaments in Europe take you to Barcelona, Majorca and Ibiza for beach rugby and close by the Algarve 7s in Portugal, also, the Ghent Rugby Festival in Belgium which boasts of a 32 year history of attracting international teams.

Football is the most played sport not only in Europe but in the entire world, however, there are ball related events that are great for family holidays too. One such event is the Boloencierro (Ball Running) in the cobbled mountain streets of Mataelpino in the outskirts of Madrid. Giant polystyrene balls are set loose to run down the streets and people trying to avoid being taken out by them. This unusual sport event was invented to replace the more well-known real bull running events like the one in Pamplona and against animal cruelty. The event has captured the imagination of the public and tourists alike, great fun for all the family. A visit to Italy for the Battle of the Oranges Festival in Ivrea a quaint Medieval town in the Piedmontese region near Turin. Teams have a cart full of oranges and throw them at each other, simple as that, the festival attracts thousands of visitors to watch and participate in the town’s legend of the Miller’s daughter who rebelled against the French Duke occupying the town. 3 days of orange pelting plus fantastic evening activities to drink the plentiful orange juice with a tipple of your choice. Travelling further south the beautiful city of Florence stages the Calcio Storico or Real Football, this sporting event involves footie, wrestling and rugby all rolled into one. The 4 local teams battle it out in an arena just like the ancient gladiators with the aim to score points in nets and in any way possible, so, be prepared to see some real aggression between the players who still follow the original rules written in 1580. There is also a version, albeit less violent, for visitors and tourists to try out this bizarre centuries old footie.If you are in the UK then look out for this quirky festival of Cheese Rolling on Cooper’s Hill in Gloucester. The occasion brings in massive crowd numbers to witness and enrol in chasing a huge wheel of the famous Gloucester Cheese weighing over 4kg (9lbs) down a very steep hill. The idea is to be the first to reach or capture the rolling cheese which reaches speeds well over a 100 km per hour! The contestants are allowed to rugby tackle each other in order to win and contestants can suffer injuries competing as the crowd sees them tumbling out of control at times. There is also a children’s version but a lot safer and on a uphill gradient. A great day out with a picnic at the finish line is recommended for the best action shots. In nearby Wales the Bog Snorkelling Triathlonof Llanwrtyd Wells. This wonderful but weird event has an 8 mile run with a 12 mile mountain bike race and 60 yards of bog snorkelling, the bog is specially chosen and requires the contestant to keep the head in the muddy water for the swim. Believe it or not this event has been running for over 50 years and never short on competitors. After the mirky water and mud snorkelling something a little more pleasing is in order, so, a quick Channel crossing to France for the Marathon du Medoc. Yes, the lucky athletes take on a 42km run through the vineyards of the famous wine producing region of Bordeaux with the added bonus of tasting the wine of the compulsory drink & eat spots along the course. Gourmet food and the finest wines clearly affect the runners and the public get to see some inebriated and disorientated marathon contestants trying to complete the course is hilarious.

All the destinations mentioned are suitable to take the family with you as besides the event you participate in the extra attractions at the venues or the cities will make for a memorable holiday for everyone.

General advice for travellers: going on holiday during COVID-19

Why Hire Electric Bikes to Explore a New Place

A journey through the history of the Amsterdam art museum

10 Reasons to Book an All-Inclusive Holiday